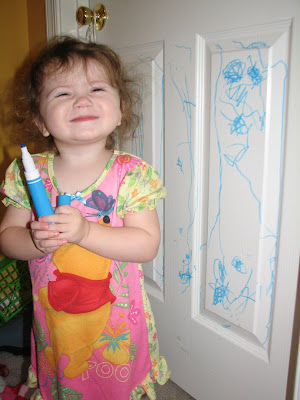 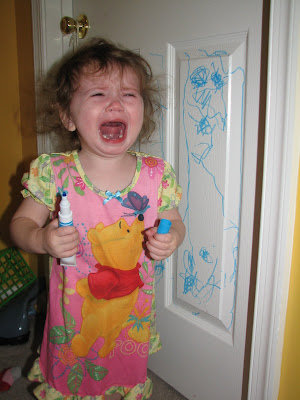 Thanks, Melissa and Doug Cupcake Set! The included markers are easily washable off the cupcakes...not so much off her bedroom door!
Posted by Izzie, Mac & Me at 8:28 PM 2 comments:

After seeing Chocolate Playdoh on several blogs, I was inspired to make some too! 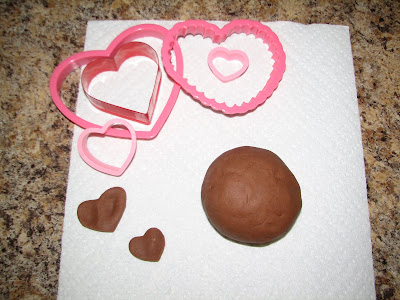 This is the recipe that I used. I added cocoa powder until is was my desired color. 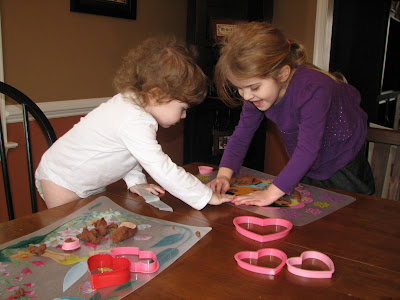 The girls had so much fun making heart cookies! The playdoh smelled delicious, which led to a few nibbles! 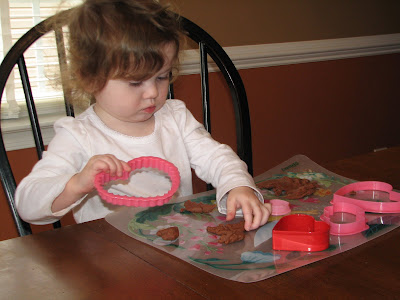 I'm a huge fan of coupons! I'm nowhere near as good as the people on Extreme Couponing, but I'm always excited when I SAVE money! I really wanted to start keeping a record on my savings...I even took the pictures, but completely forgot to write down the exact totals...we shred our receipts, monthly, so they are already in the recycling bin in a million pieces...thanks to hubby!
I thought I would share the pictures and an approximate total.

January 2011: Harris Teeter...on this particular week it was Super Double Coupon week, meaning coupons could be doubled up to a $1.98 in value!! 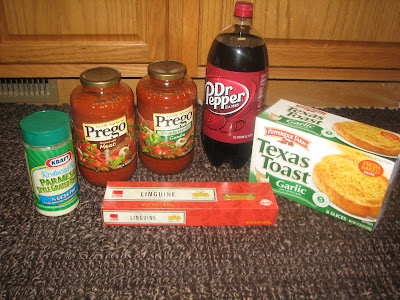 Harris Teeter does a Meal Deal each week. This particular week, if you bought 2 Prego sauces, you received a Parmesan cheese, pasta noodles, soda, and toast...FREE!!
That's right....all of it FREE for just buying 2 Prego sauces! 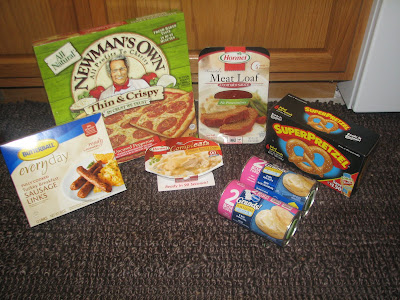 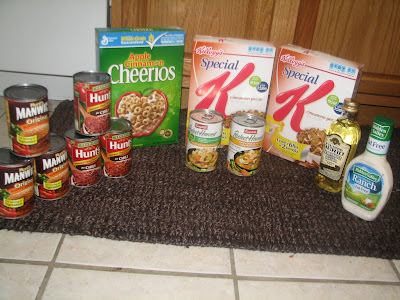 All the above food (3 pictures) for approximately $35.


Again, the following picture is from Harris Teeter. I always pay for my food and nonfood items separately. 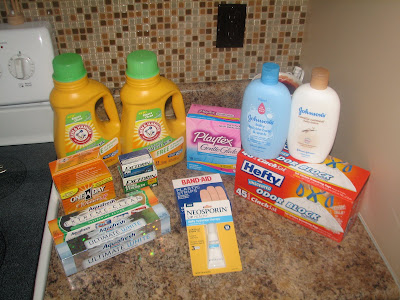 Approximate cost was $30. The best deals: I only paid $1 for each of the Johnson and Johnson baby wash/lotion and the Arm and Hammer detergent was buy one, get one FREE!


The following was purchased at Kroger in January for approximately $45. 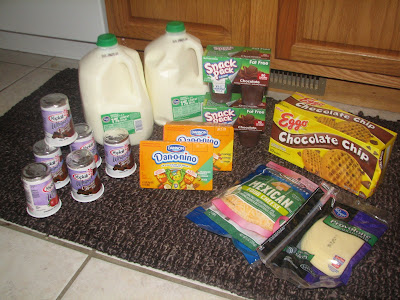 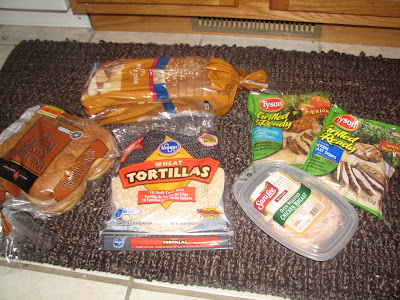 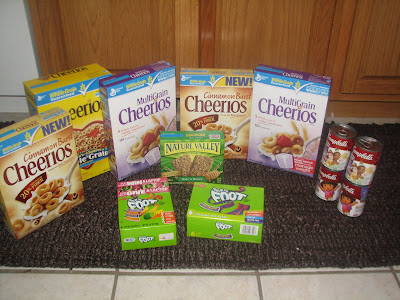 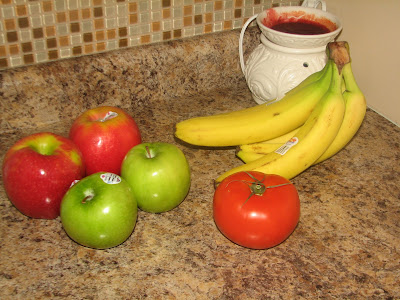 I would love to know your secrets to saving money!

Izzie, Mac & Me
I am a former teacher turned stayed at home mom of two adorable girls, Izzie and Mac. I have been married for 11 years to my wonderful, supportive, and loving husband. I'm always looking for great educational materials and resources, fun activities and crafts, and tasty recipes! 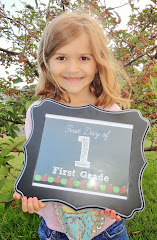 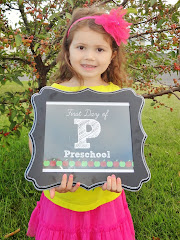 Welcome to Izzie, Mac and Me 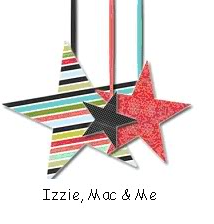 The 5 Most Popular Posts For The Week!